“Once we have provided for our families, we should then work for the good of all.” 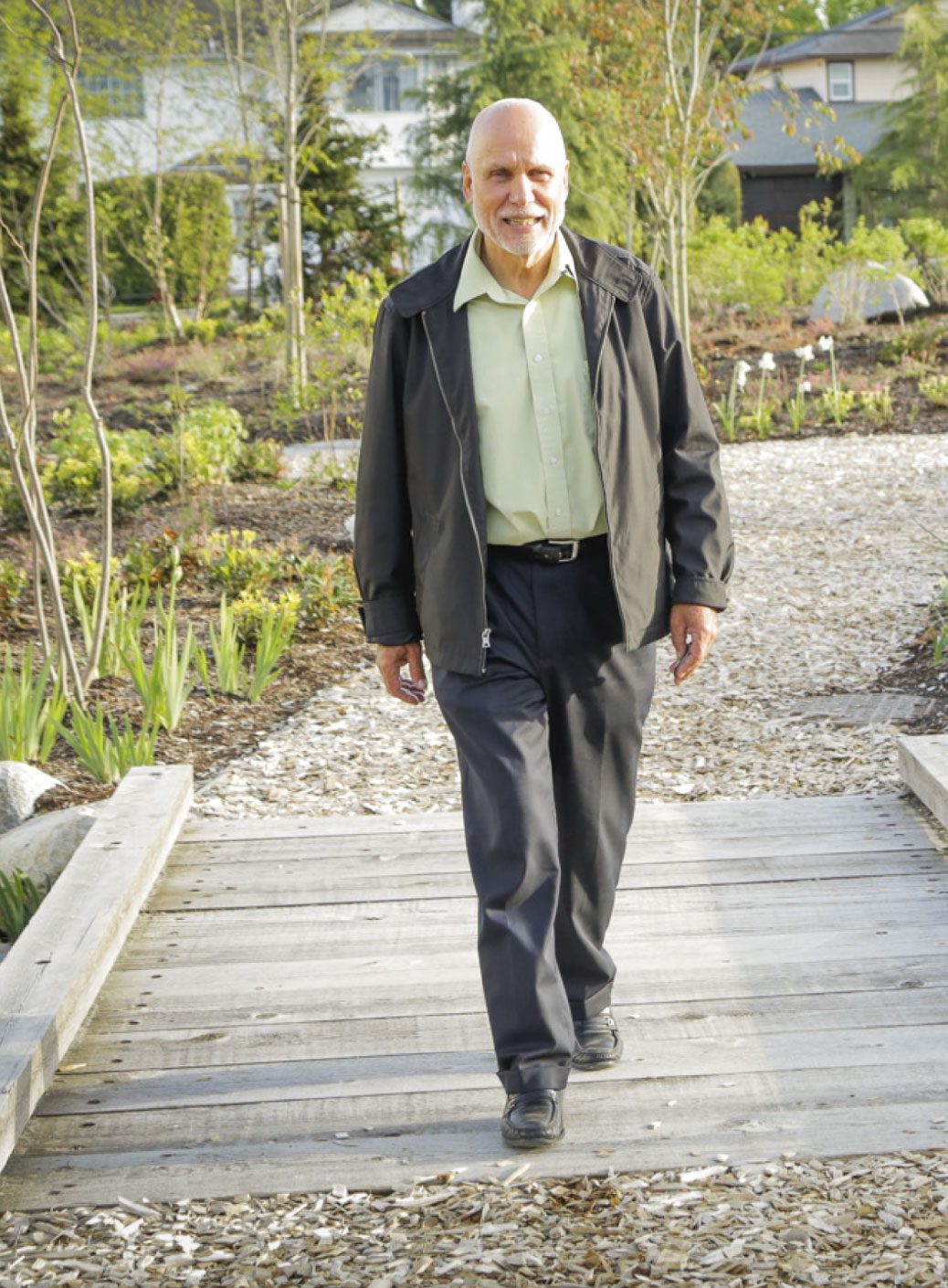 John Volken was born in Germany during WWII. He lost his father in the war and spent part of his youth in an orphanage in East Germany. This may well have been the seed of his current endeavors. At 18, John immigrated to Canada with no money, but with plenty of enthusiasm. He started his climb from rags to riches as a dishwasher, farm laborer, and construction worker. As he became comfortable with the English language he turned to sales and business and finally found his niche…in 1981, he opened a small second-hand furniture store. He built this enterprise into one of the largest furniture retail chains in North America, with over 150 locations and more than $200 million in annual sales. For his accomplishments, John received many awards, including “Entrepreneur of the Year” for Canada’s Pacific Region.

Having achieved financial success, John often reflected on his days in the orphanage and his desire to one day help those in need. He counseled with various disenfranchised communities. They consistently stressed the need for long-term, residential treatment facilities that incorporated teaching life and job skills. During the next eight years, John visited and studied numerous addiction treatment facilities worldwide.

In 2004, John sold his furniture business and put the proceeds in a foundation which today supports the John Volken Academy and other charities.

John is often asked why he embarked on this demanding mission. A typical response is:


“The other day, a student made a rather serious mistake…that’s expected. It gave me an opportunity to spend some time with him. After our “heart to heart” we hugged and I told him that I loved him. He responded with tears and said, “My father never said that to me…and how can you love me after all the stupid things I have done?” I reassured him that his mistakes were behind him, and that he was on his way to a new life. That is what the John Volken Academy is all about. Forgiveness and change. There are tears, there are laughs, there is hope, there are struggles, there is change…The transformations are incredible! Every day I am grateful to God for the opportunity to be part of changing lives.”

"We were in a really tough spot with our daughter. She wouldn't take any advise from us and she was going down a dark path. We knew there were programs out there, but most had two limitations: 1) high monthly cost, and 2) ineffectiveness. Most were short-term programs that just focused on abstinence.
We needed something more, and something we could manage budget wise. John Volken Academy was/is the perfect fit. A 2 yr program that focuses on mental and emotional well being as well as the physical side. Our daughter will return home soon, and we can tell from our regular contact with her that there has been a LOT of change and it is genuine.
If you are in the same spot we were two years ago, PLEASE look into JVA. It will definitely change your life and the life of your loved one."

J Shep
"My son entered the John Volken Academy 15 months ago. The Academy has changed his life. He is far from the young man who first entered the program. He is the person that I always knew he was capable of being, he is no longer trapped in his addiction. The John Volken Academy has given me my son back. I have loved watching his transformation take place over the months that he has been there. His self-esteem and confidence has grown immensely. He has learned and gained life skills that will serve him for the rest of his life. If you have a loved one that is suffering with an addiction, call the JVA, speak to them and learn about their therapeutic community approach. They have saved the lives of so many men and women.
I can not thank them enough!"
Jane Brignone
"I’m writing as a sister who has taken her brother to other rehab programs. This is an incredible program. It’s a two year program which makes sense because fighting addiction is a life commitment not just a week/month rehab and you’ve got things figured out. They have a work program which helps cover the cost as well as looks fantastic on a resume as one transitions from the rehab phase of recovery. To see my brother hit the very bottom, decide to try out another rehab center and then being one of the work program’s best employees. It’s amazing. I did not think I would see my brother hold down another job or even live long enough to resemble the person he once was. Now he is excited for life, has been taking courses in the program to start a business that he has always dreamed out. If you’re reading this far into a review then you have been through a lot, your world has shifted dramatically and you’re doing your best. This is a serious option and for our family it has been the best program and the best price (which unfortunately is a factor). My heart goes out to you as you push through this part of your journey."
Meghan Palmer
USA DonationCanada Donation